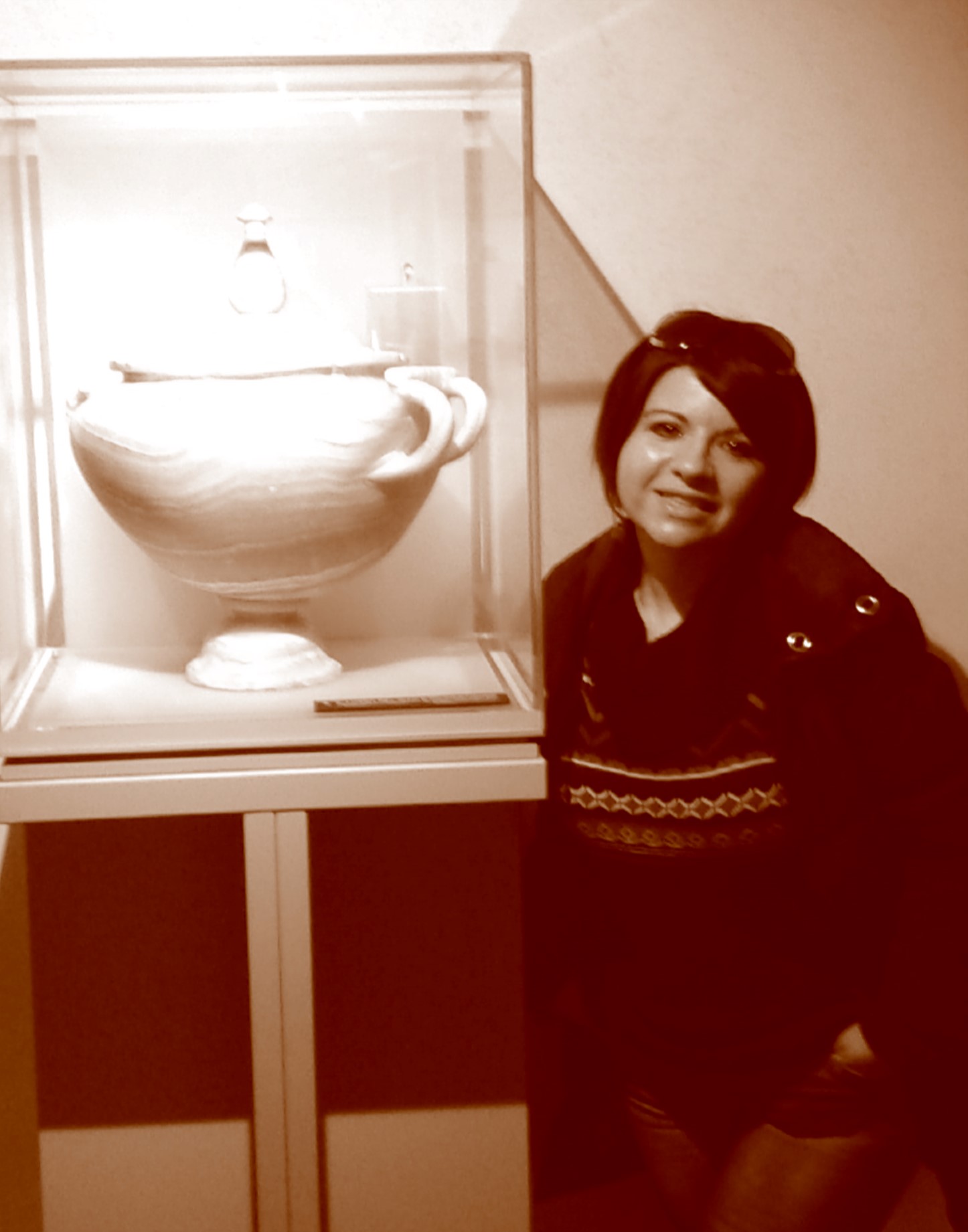 My field of expertise is in Roman art and archaeology, particularly in the production, reuse, manipulation and semiotics of stone artefacts in Roman society; however, my research interests also include material semantics, sensoriality and agency of artefacts in social and ritual contexts, crafts interaction, burial practice and material religion. I studied Classics and Archaeology at ‘Federico II’ University of Naples – my hometown and ancient Greek colony in Southern Italy – where I grew up surrounded by the most astonishing archaeological sites in the world: Pompeii, Herculaneum, Baia, Paestum. Archaeology has motivated and inspired my personal and professional choices. I have always been passionate about decorative stone, ancient technology and material culture and this passion has inspired my current research project funded by the EU-MSCA.

Since 2004, I have been studying and cataloguing Roman vases and urns in coloured Egyptian stone, which was the subject of my BA/MA thesis ‘ Urne di età Romana in marmo colorato’ (2005) under the supervision of Professor Carlo Gasparri, to whom I am indebted for introducing me to such a fascinating subject. This later became the focus of my doctoral thesis at Royal Holloway University of London (2006-2014). My doctoral dissertation under the supervision of Roman sculpture expert Professor Amanda Claridge entitled ‘Roman funerary urns in coloured stone: production and significance’ focused on understanding the production techniques and socio-cultural meaning of the vase-shaped funerary urns, particularly those I labelled ‘tureens’ (It. a zuppiera) carved from Egyptian calcite alabaster, in Roman times. For my research, I was awarded a grant by the Italian Cultural Institute in London – “Il Circolo” (May 2007) and I was invited to contribute to the Corpus Signorum Imperii Romani series Volume 1 “London and the South-East of England” (OUP, 2015). The publication of the monograph based on my doctoral dissertation with Archaeopress Publishing Ltd (Oxford) is due in 2021.

Between 2014 and 2018, I implemented and co-directed with Dr. Simon J. Barker the research project ‘Alabaster. Quarrying and trade in the Roman World’, a quantitative and qualitative reanalysis of the quarrying, trade, consumption and symbolism of calcite alabaster in the Roman empire. The research results were profusely disseminated including a final interdisciplinary two-day workshop in Rome (May 2019) sponsored by the Norwegian Institute and the University of Oslo. The manuscript of the edited volume is in preparation for publication by BREPOLS (Belgium). In addition, I led my own project – ‘Mille Genera Marmoris. The aesthetics of marble decoration in public buildings and bath complexes. The cases of Murecine and Baiae (Campania, Italy)‘ (2017-2020) on the relationship between marble, architecture and the landscape, and collaborated as a marble consultant within the ‘Marble in the Vesuvian Cities’ (2015-2018) (Directors: S. J. Barker and Devi Taellman, Ghent University) and ‘Marmo al Mare’ Projects (2014-2015) (Directors: Clayton J. Fant, Akron University OHIO and Simon J. Barker). My professional training includes several visiting research fellowships at Birkbeck University of London (2017-2018), Royal Holloway University of London (2018-), associate lectureships in Classics and Classical Archaeology at British universities, including Birkbeck (2006-2011), UCL (2008-2009), Royal Holloway (2007-2009) and assistant curator at the British Museum within the “Cyprus Digitization Project” (2010-2011) as well as participation into excavation campaigns and fieldwork in Italy (Pompeii, Herculaneum, Cumae, Orvieto, Oplontis, Baia), Greece and Romania (2000-2018).

Director of the Archaeometric Studies Unit (UEA) and Ramón y Cajal senior researcher at the Catalan Institut of Classical Archaeology (ICAC). She is also the coordinator of the ArPA research team and visiting researcher for the IRAMAT-CRP2A UMR 5060 CNRS – Université Bordeaux Montaigne. Her field of expertise is the study of marbles and other stones in Antiquity from an interdisciplinary approach, from the exploitation of stone resources (quarrying techniques, strategies and management) and provenance to their distribution, trade and use in Roman times.