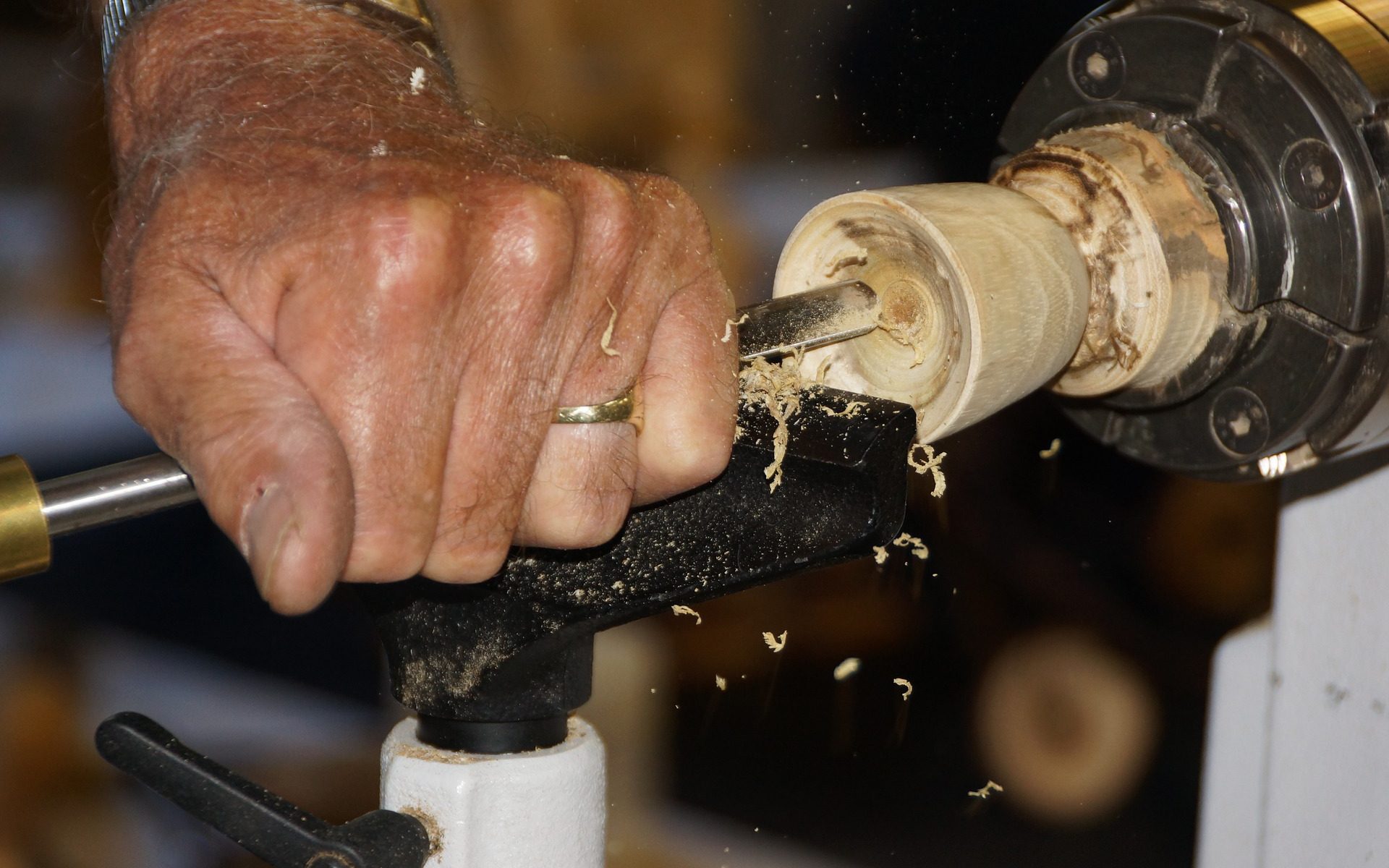 TECHNET: Technological Innovation and Knowledge Networks: a Multidisciplinary Approach to Greco-Roman Stone Vases is a two-year research project (2020-2022) funded by the Marie Skłodowska-Curie Actions 2019 – Individual Fellowship program, and hosted by  the Institut Català d’Arqueologia Clàssica in Tarragona (Spain) in collaboration with the Arqueometria i Produccions Artístiques (ArPA) research unit and the Unitat d’Estudis Arqueomètrics (UEA). The project’s overall aim is to provide a sociological and anthropological understanding of the technological input, uses and social value of stone vases in the Greco-Roman period.

Recent, ground-breaking research has shown that stone vases were one of the most valued forms of material culture in the Bronze and Early Iron Age Aegean, Near Eastern, Levantine and Egyptian societies [1] . At the same time, these studies have provided significant insights into Protohistoric stone vessels manufacturing and the socio-cultural trails behind it showing that it involved significant technological input and knowledge transfer, thus playing a key role in the development of Prehistoric Mediterranean craft traditions. Regrettably, stone vases from later periods, such as the Classical antiquity, are heavily understudied while their production is essentially unexplored despite them being artefacts with an equally informative potential for our understanding of technological advance in the arts and crafts of Classical societies.

The lack of scholarly attention on stone vases from the Classical period has resulted in a false ‘hiatus’ that gives the impression that after millennia of fecund production stone vases completely disappear from Mediterranean material culture. Because of the assumption that such objects had completely lost their importance in the material culture hierarchy by the Roman epoch, they have remained an overwhelmingly underrepresented category of Classical artefacts.

Yet, my earlier research has identified this gap in the knowledge and has emphasised the existence of a thriving, potentially meaningful, a Classical stone vessel industry up until and beyond the 1st century BC[2].

The study of crafts and applied technology long played a marginal role, particularly in Classical archaeology, partly because traditional approaches to Classical artefacts largely operated within an outdated, unilinear art historical perspective that did not consider the importance of understanding craft technology and its wider socio-cultural dimension. However, this topic is currently gaining popularity and Classical scholars have increasingly begun to interrogate the archaeological evidence with novel analytical approaches, some borrowed from other disciplines. Attention is now being paid to tools and their role within the operational sequence as well as to the human factors behind the crafted objects[3]. Yet, similar innovative research on Greco-Roman stone vases is still lacking.

To fill this gap, stone vases, whole or in fragments, dating to the Greco-Roman period are brought together for the first time and scrutinized with the latest analytical tools and from a wider historical and cultural perspective that incorporates objects and practices, people and contexts, based on the idea of entanglement of human actions and factors, such as innovation, transfer, transformation and exchange.

TECHNET builds upon three specific hypotheses: 1) that Greco-Roman stone vases involved important technological innovations, such as the lapidary lathe; 2) that Greco-Roman stone vessels entailed shared technical knowledge and material crossovers as a result of craftspeople interaction and mobility. Protohistoric societies exchanged stone vase carving and drilling tools through intense cultural interaction and artisans’ mobility; 3) that stone vases in the Greco-Roman period had not lost their importance, but that evolved instead into an almost exclusive, deeply semiotic form of material culture for special use. In the Protohistoric Mediterranean and Middle Eastern societies, stone vases were employed, for a wide range of secular and ritual human activities from food processing and gift-exchange to libations and funerals. They were commingled with the expression of gender (e.g. ‘kohl’ pots and alabastra connected to womanly beauty practices) or social identity (e.g. by the emerging elite groups). The articulate chain of production made them exclusive identity markers for only few individuals within the community. This further suggests that technological innovation and artefact production in the past were strongly interlinked with socio-cultural history and materiality practices.

Ancient crafts were based on specific skillsets and technical know-how that did not get lost from one generation to the other, but it was passed on through training, apprenticeship and interaction[4] . Similarly, culture contact and people mobility allowed these traditions to cross geographic borders and even time barriers. According to this, tools and know-how were transferred among ancient societies and have arrived to us.

TECHNET’s main aims are: 1) to generate knowledge on technology applied to Greco-Roman stone working; 2) to demonstrate technical transfer and artisan networks in the Greco-Roman period; 3) to prove the importance of stone vases in reflecting function and meaning as well as the identity of their users in Greco-Roman societies. Upon its completion, TECHNET will have disclosed information on the tools and technology involved in Greco-Roman stone vase production; identified a more secure chronology; provided a complete repertoire of the vase shapes and of the materials [5] employed by each tradition; pinpointed the gender and ethnic identity of users and makers; defined the socio-cultural value and significance of these objects. The results produced by TECHNET will integrate current research on ancient material culture production [6] and advance our understanding of technological innovation in antiquity.

Although aiming at gathering a class of ancient artefacts, the idea is to move away from the purely descriptive catalogues of objects. The data will be collected, surveyed, processed and analysed. TECHNET is set to address questions of both archaeological and historical importance from a wide range of perspectives and disciplines: archaeology, archaeometry, ethno-anthropology and experimental archaeology, sociology, philology, mechanical engineering, computing.

Such a multidisciplinary approach is set to make an important contribution to future archaeological research and to have important ramifications for how we understand technology and its impact on material culture production. Understanding human capacity to innovate from a wider historical perspective provides fundamental tools for the study of technological advance and human progress.

The TECHNET website is set to become an exploitable resource by experts and the wider public as it will build upon the data generated by TECHNET. Information about the artefacts investigated by the project team will be uploaded as it becomes available. The DATASET page will contain the database in the form of an online catalogue of objects with interactive entries and 3-D images. Other sections will contain a brief guide to the lithic materials and their characteristics as well as descriptions, images and videos to illustrate ancient stone vase carving tools and the reconstructed carving techniques. The NEWS page will keep you posted on any news regarding the project and planned dissemination events, such as radio interviews, workshops, talks and lectures both at local venues and international conferences.

The Catalan Institute of Classical Archaeology (ICAC), which is located in the historical city of Tarragona – ancient Roman Tarraco, capital of the Hispania Tarraconensis province – is the chosen host institution. A vibrant research community that promotes an interdisciplinary approach to the study of the past by building upon a network of national and international experts and researchers. The institute houses several prominent scholars who work on TECHNET‘s related themes. ICAC is thus set to provide the best research frame possible to reach the project goals.

The institute is part of the CERCA network that builds upon the collaboration between the most important Spanish as well as European academic environments, with joint projects with the Universities of Cambridge (UK), Bordeaux Montaigne (France), Barcelona (Spain) or the National Heritage Institute of Tunisia. The several on-going projects in Classical Archaeology are in turn interlinked, thanks to the transversal programmes in ‘Métodos y técnicas de las ciencias experimentales aplicadas a la arqueología clásica (subprograma Arqueometría)’. The Archaeometry and Artistic Productions (ArPA) research team is part of the consolidated research group Mirades sobre la Mediterrània a l’Antiguitat. D’Orient a Occident, de la Protohistòria a l’Antiguitat Tardana, Grup Interinstitucional d’Arqueologia Clàssica (MIRMEDGIAC) (2014 SGR 1197 & 2017 SGR 970), a group resulting from the triple affiliation URV-ICAC-UAB, whose scientific purpose is to study the processes of transformation along the Ancient Mediterranean Sea (from the Protohistory to the Late Antiquity), from the perspective of the people. The team’s ambition is to address the aims of the H2020’s Axis III through a multidisciplinary and interinstitutional collaboration, including Social Sciences and Humanities.

The project is led by Dr. Simona Perna in collaboration with Dr. Anna Gutiérrez Garcia-Moreno, scientific director of the Archaeometric Studies Unit (UEA) and of the Archaeometry and Artistic Productions (ArPA) research unit. You will find more info on the Research Team page.

[2] Perna, S. 2015 “Fabri Luxuriae. Production of Coloured Stone Vases and Urns in the Roman Period”, in P. Pensabene and E. Gasparrini. (eds.), Interdisciplinary Studies on Ancient Stone: ASMOSIA X. Proceedings of the Tenth International Conference of ASMOSIA. Association for the Study of Marble & Other Stones in Antiquity, Rome, 21-26 May 2012-Rome:  «L’Erma» di Bretschneider: 1021-1029.